Last night was the worst night we have had in the Docks for disturbance, loud music until gone 1-30 am and then police helicopter and sirens until 3-30 am.
This morning the weather was great, we had to be at Mann Island between 8 and 9-30 am for our passage out of the locks. 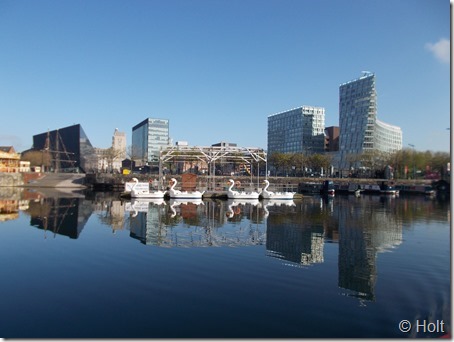 We slipped our mooring about 8-15 am and although we had been looking out noticed that at least one other boat had left. We winded and headed through from Salthouse Dock into Albert Dock, 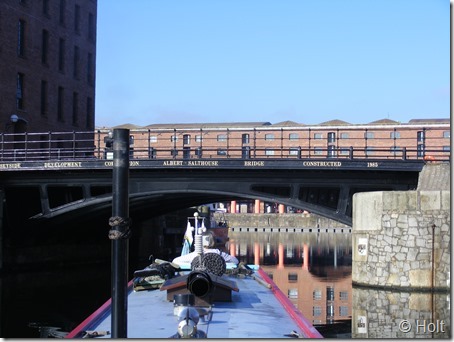 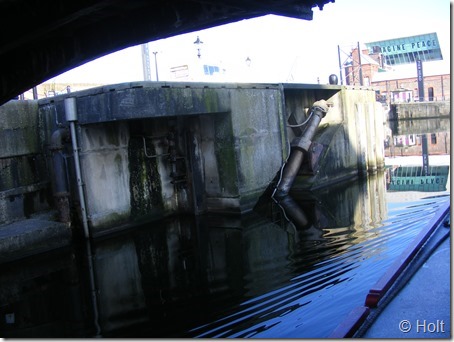 the lifting barrage which maintains the level in Albert and beyond when the half tide lock to the Mersey is used. Here there is a green/red light to show when you can cross the barrage, in the morning its set green for leaving Albert Dock and in the afternoon, green for entering it. When the barrage is raised its red both ways. 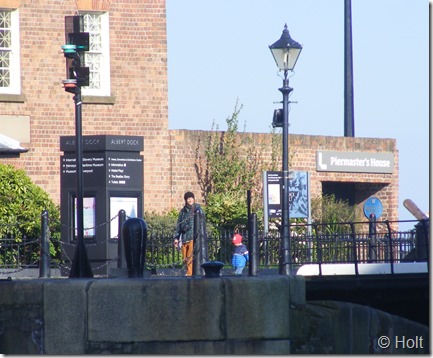 Next we went through to canning Dock and navigated a large U to leave the Dock via the Tide Gate and Mann Island lock via the new link, 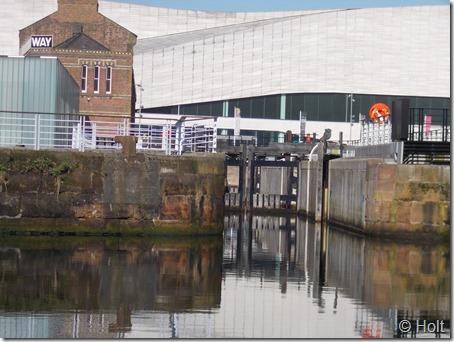 here we found the boat that had left earlier waiting for a lock keeper, they were told there would be someone here at 8 am to see them through. 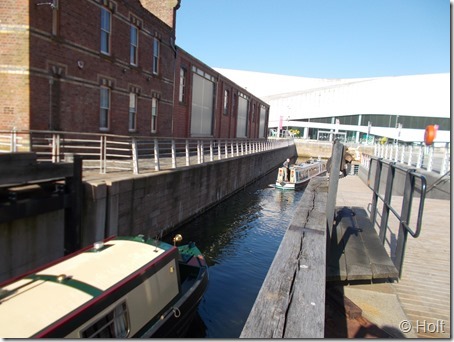 I pointed out to them that the Skippers Guide was now out of date and it was self operation and together we worked through passing under the Museum in the new short tunnel, 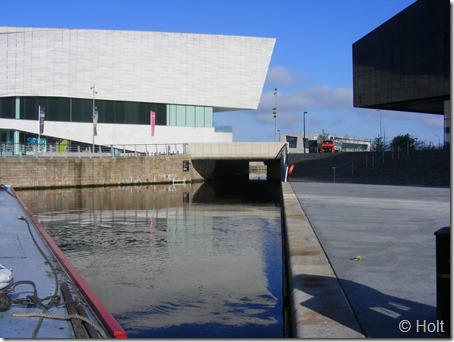 before popping out in the fresh air for a few yards before going underground again into Cunard tunnel with its statue on top, again very short. 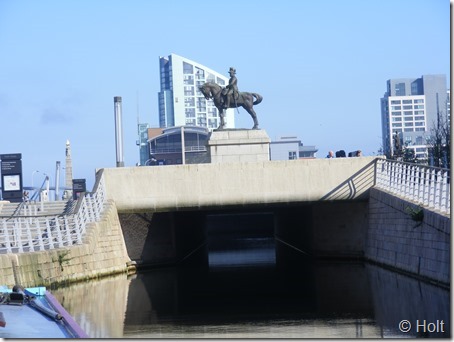 Finally the third one, this time you can't see through the tunnel as its S shaped and is St Nicholas Tunnel. 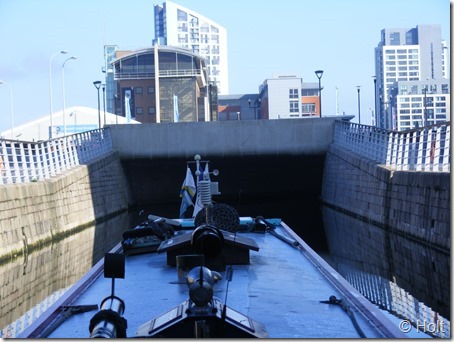 Leaving the tunnel you come into Princes Dock Lock, a new lock that juts out into the dock. 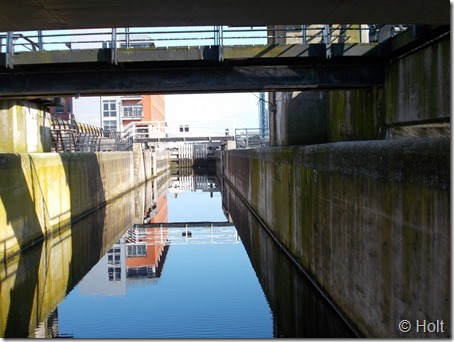 When you leave the lock you go straight ahead heading for the foot bridge, its important to stay left as the footbridge only has one side where the bands don't come a long way below the bridge. 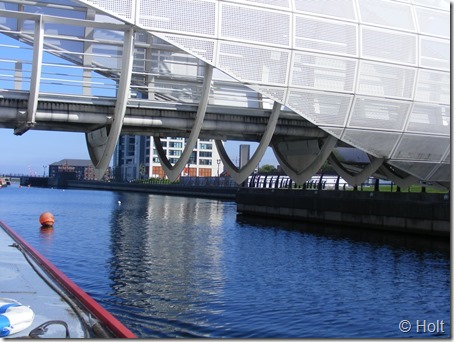 On the far side of the bridge are the first lot of buoys that you have to keep to the left of, 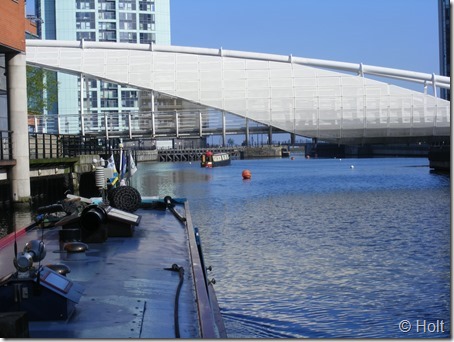 this is Princess Dock, the lead you through to Princes Half Tide Dock and on to West Waterloo Dock where there are another row of buoys, this time its keep left up against the wall. 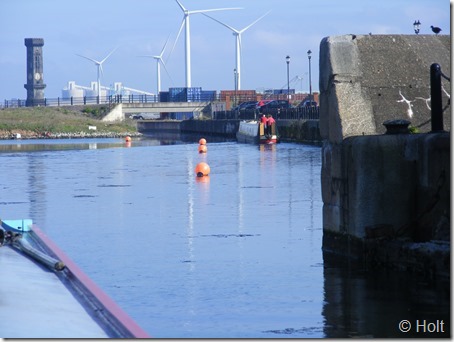 Ahead is the famous Sid's Ditch, this is a cutting through the 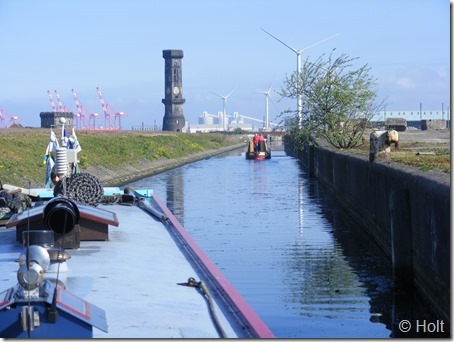 in filled section of Trafalgar Dock. The channel is cut against the shore side wall of the old dock and emerges into what's left of the dock. Then into Salisbury Dock and turn left, but not to early or you end up in the old Lock, 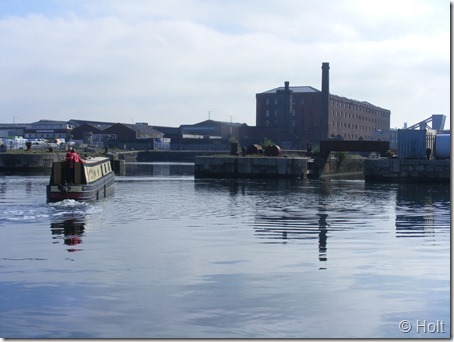 You see the lock well before the correct opening between the two docks.

Straight through Collingwood and under the Bascule Bridge ( I have been both under and over that now, thanks Allan) and under the low bridge into Stanley lock, 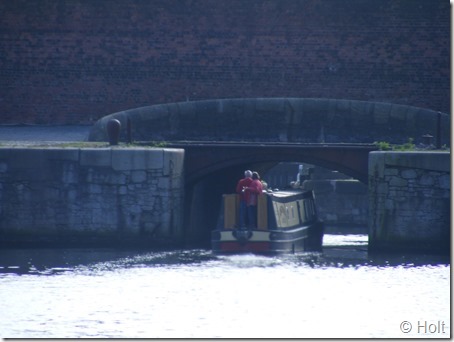 ahead through Gt. Howard St. Bridge you can see the Stanley locks. 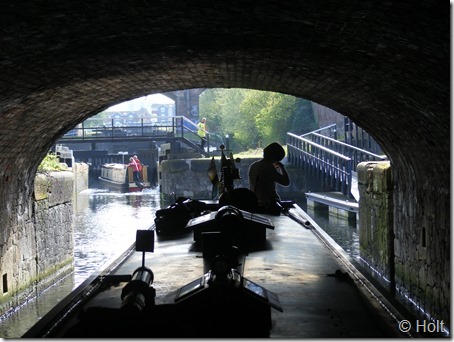 The CRT lock keeper actually met us at Princes Dock Lock and helped us with all the rest. She had set off before 8am. I'm not sure if she dropped the barrage and set the light, but she opened the flood gates at Princes and then unlocked and set all the rest of the locks ready for us, before returning to meet us.

Once we had cleared Stanley Locks we turned right to go to the Eldonian Basin, its called a basin but in reality its just the dead end terminus of the Leeds and Liverpool Canal. 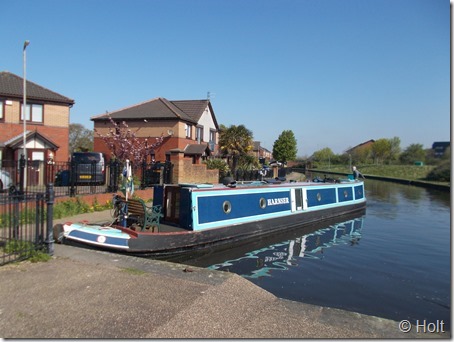 On our way we passed this memorial screwed to the wall with lots of plastic flowers below. 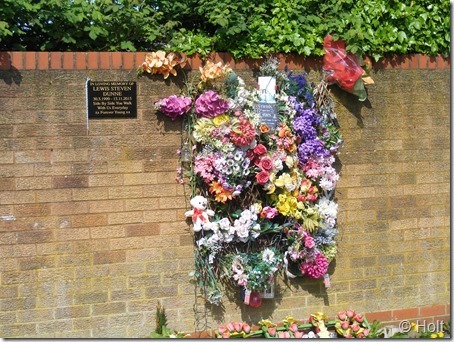 Because its the dead end we had to reverse out and back to Stanley locks to wind and head East.

We passed a group of people in canoes lashed into catamarans about to set off on a litter picking expedition. 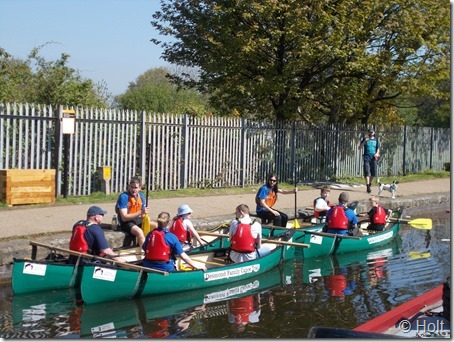 There is some very skilful graffiti in some of the pipe bridge bases, I don't know whether it was organised painting or true graffiti.

We stopped at Litherland to replenish stocks at Tesco and also have lunch and generally hang about, as we wouldn't get to Handcock's Bridge before it closes at 2 pm. When we did leave I cleared up this bag of rubbish that a boater heading into Liverpool this morning left behind on the bridge moorings, it wasn't difficult as the CRT services were directly opposite with rubbish disposal, I can't understand why a boater would do that. 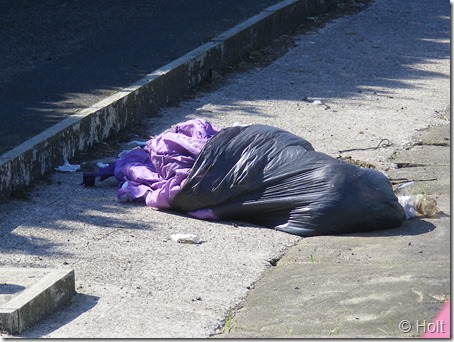 We arrived at Handcock's Bridge at quarter to six so had 15 minutes to wait before we could go through. 6 o'clock and Diana went with her key, put it in the control panel and pressed the open button. lights flashed, warbles warbled, all the traffic stopped and the barriers came down, the bridge opened and I went through. Diana pressed the closed button, the bridge closed and then nothing, after a few minutes the lights on the control panel went out. I rang the CRT emergency number and the duty man rang me. He would reset the bridge so I could try again. I tried the closed button but the lights went out. he reset again, this time I opened it, horrible graunching sounds, closed it, still OK but the barriers when no where, nor did the traffic. At 7-30 pm. a CRT chap turned up and the bridge was reset remotely once more, The CRT man opened it with lots of graunching and then closed it, at which point a square of plywood came out from under the rollers and lo and behold the barriers went up. The plywood under the rollers held the bridge to high for the cams to lock. If we had given it one more go it would have been clear an hour earlier. All this time I was telling the traffic the bridge was bust and to turn round, Some wouldnt stop to listen and almost ran me down as the sped past to get to the bridge and then had to turn in the narrow lane, I even managed to get a 56 seated coach out holding the traffic up for him, but the local bus is not allowed to go backwards so he just sat at the front of the queue.

We carried on somewhat latter than planned to moor just past bridge 10 for the night. 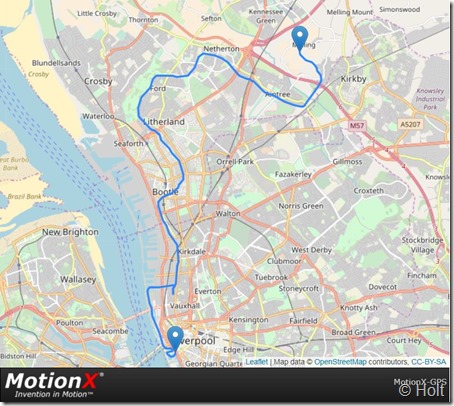