Last night just before we went to bed I looked out and took this photo of the moon and a planet, I don't know which one it was. 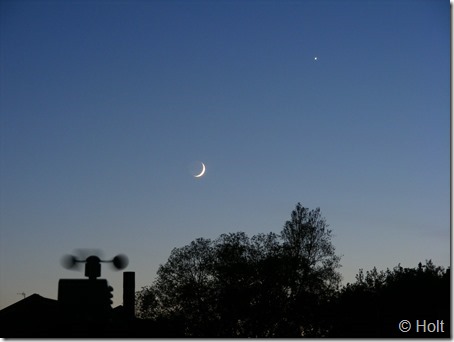 A good start to the day, we were both off together, still travelling with Steve and his dog with a steady run down to the Bingley 5. Here we found one boat waiting for one to come up, I went to the services but there was a hire boat having breakfast, he did apologise and took my rope, saying the tank filled faster than expected.

Eventually a boat emerged out of the top and Steve who was ahead of us and the other single hander set off down the flight, I gave bit of a hand as they like to space the boats by a chamber, it stops the water running down their necks it tops the gate. The second Volockie a lady carried on down the flight with them while we entered the top. 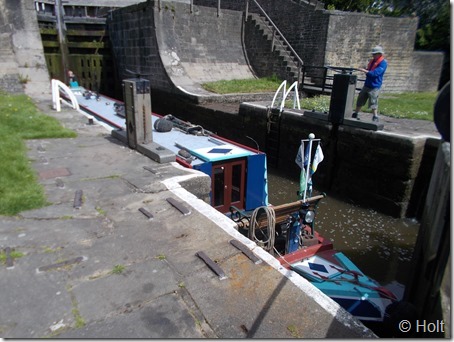 A smooth run down to the bottom and then on to the 3 rise passing the Damart mill. 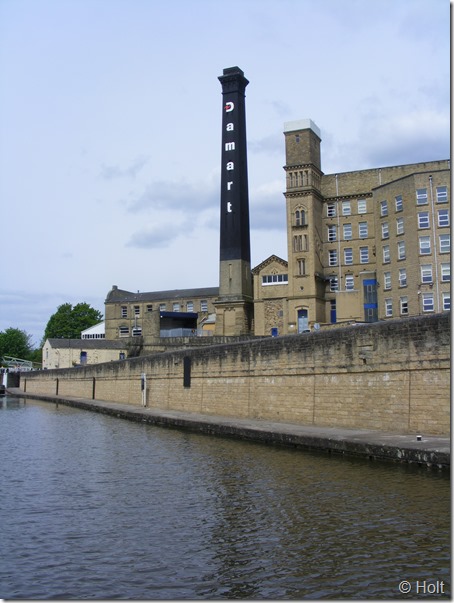 The lady Volockie was at the three waiting for us and as Steve had gone down first he stopped to lend a hand. 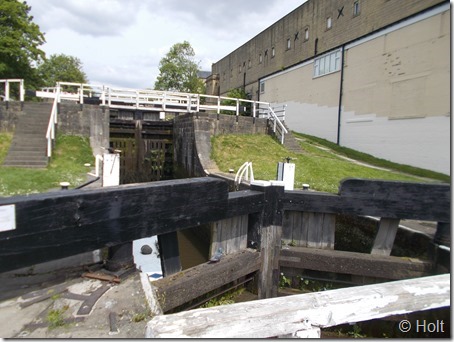 One of the notices that keep popping up on the towpath around here is this one, I am not sure anyone reads it, or if they do they ignore it. 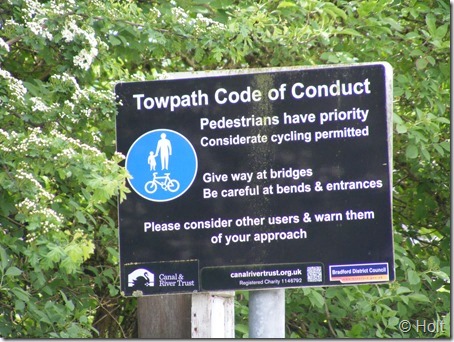 Again we come across yet another type of paddle gear, I have lost count of how many we have encountered now. 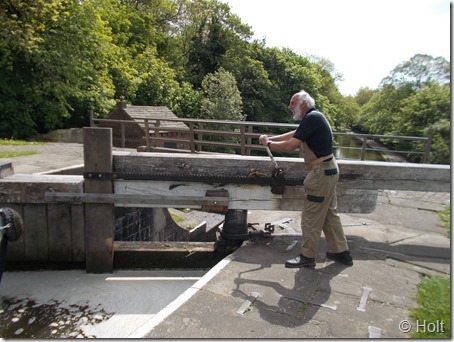 At Dowley Gap staircase there was yet another young lady Volockie, she had her own welfare pod. 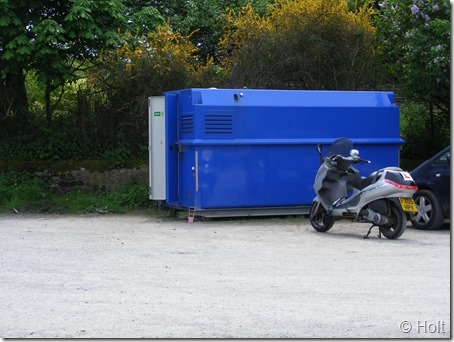 These were designed at great and built at great expense to the Trust to fit in the hold of a narrow work boat to be taken out to work sites around the system, I have seen two so far this trip being used as huts beside locks.

With a 57 foot boat there is not a great deal of space behind you when you open the bottom gates of the lock so when there is a good deluge coming over the cill like this you ship a fare amount onto the back deck, if you forget to close the doors its a wet bum and side bed. 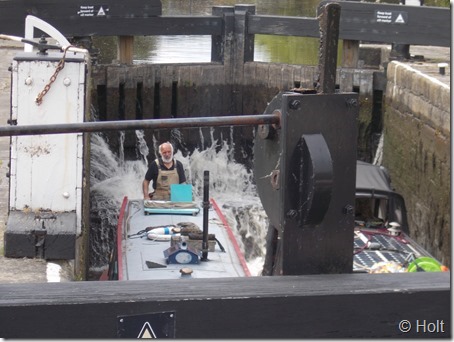 As you come into Saltaire there is a long run of very good moorings in front of the converted mill, but you are nor allowed to 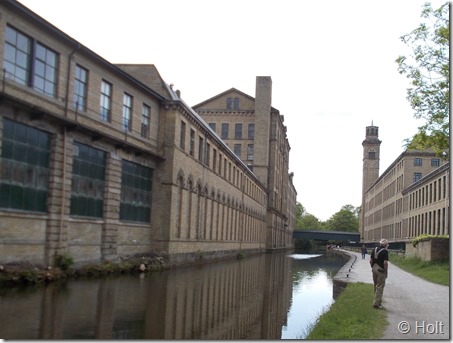 moor overnight, just beyond this a large number of mooring rings have been installed, but the canal is only a food deep, with the boat parallel to the bank I wasn't even going to try jumping, I only just made it with the bow as close as it would go. Looking back afterwards there is room to get three boats in before it gets too shallow. The upshot of this was we had to carry on through the town passed the 7 day moorings as two boats were already there to the one day moorings by Gallows Foot Bridge, these are just 70 foot long so Steve went in first with his dog on board and we are on the outside. 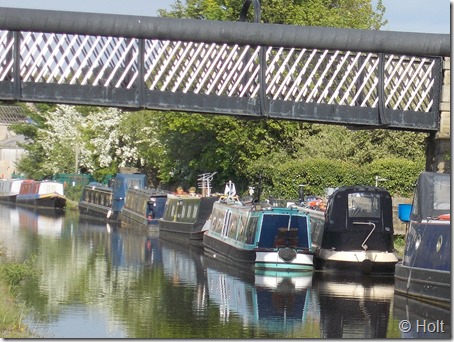 We have been out for a very good meal this evening, The two of us including a bottle of red just under £50 at the Shipley Tapas Tree. I found out afterwards I could have printed a 10% off voucher from the internet, O well next time.