A very quiet night last night in Skipton, the best for about 4 nights I think.
This morning was more tourist activity around town with a walk up the Springs Branch. 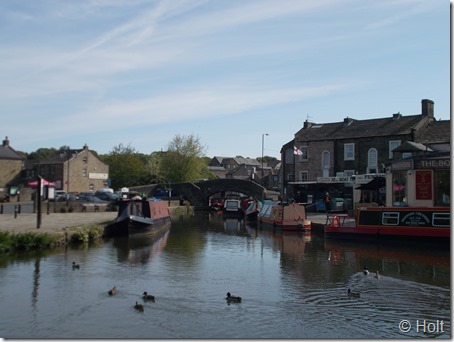 I am not sure how far you would get by boat but it is completely blocked by the castle where there has been a large rock fall at some time in the last 150 years, just a blink in the life of the castle, but it is now very close to the edge. 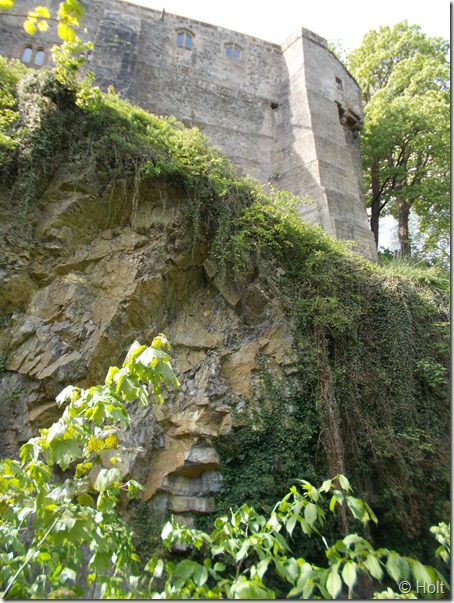 While we were up there we bought our pies from Stanforth the butchers, some were the hot chilies ones with a skull and cross bones stamped into the pastry.
We noticed that some of the shops in the town are painting their windows we were not sure if this was left over from the Festival of Window Painting or the Tour de Yorkshire as most included bicycles and sheep. 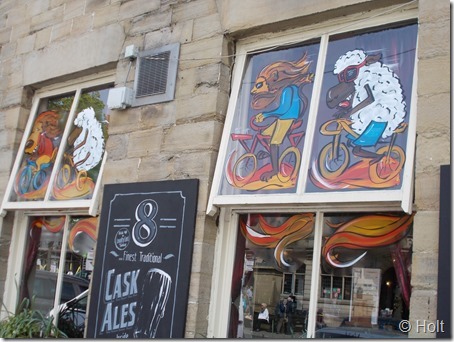 We had arranged with the boat we were travelling with yesterday to set off at 1pm, I set off a few minutes before to fill with water just before Brewery Swing Bridge. It was a bit cooler once we left the town. 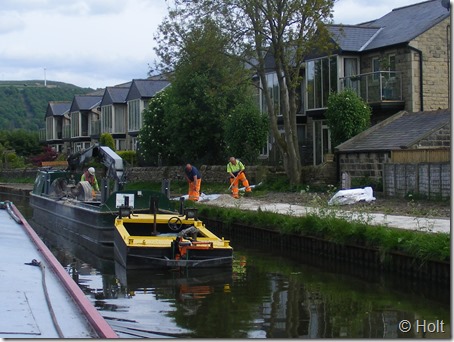 suspended all mooring between bridge 191A and Bridge 194 probably just over a mile. One of the barriers across the towpath just before the swing bridge moorings stuck out over the canal by 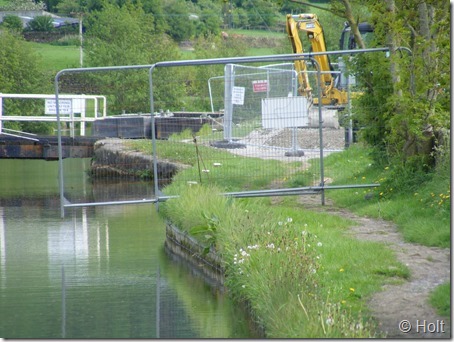 about 3 feet, and another, a low barrier was between the bridge moorings and the actual bridge.

By now the weather was improving as we carried on to our overnight mooring at Riddlesden just past Bar Lane swing bridge. Looking back towards the swing bridge there's what looks to be a semaphore signal mounted on the wall of the building next to the 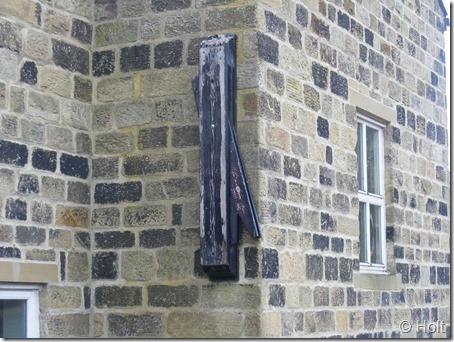 bridge. Would this have been used by the bridge keeper to let the barges know the bridge was open ready for them?

Once moored we went for diner at the Marquis of Granby which is just by the next swing bridge, on our return there was a tap on the boat, the boater who we had been travelling with presented us with a bottle of wine for all the help we had given him over the past couple of days, I tried hard to refuse but could see I wasn't going to win so thanked him warmly. It had been no more work for us, we would have had to operated the bridges had he not been there, but it was a great help to him, but we really appreciate the thanks received. 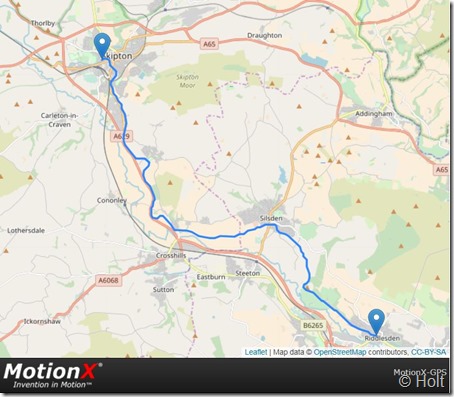