Well a nice peaceful night last night and this morning the sun was beaming through, so things look good, however going outside the wind was still quite keen so still a shirt on top.

We pushed off at half ten, first port of call was the services at Rose Grove, just before we arrived I picked up a sheet of heavy duty polythene on the leading edge of the rudder, don't know how it missed the prop, but I was able to remove it with the boat hoke as we drifted along, a touch of reverse would have pulled it straight back into the blades.
At the service we found a Narrowboat locked up and left on the water point so we just tied along side to fill with water and dispose of rubbish including the polythene. As we left there was a wide beam boat waiting to come in and he said the boat had been moored there for days.
Making our way towards Leeds we came to Gannow Tunnel, you have to turn a very sharp bend into this tunnel and until you are lined up you cant see through, its a wide tunnel but you have to remember broad beamed boats use this canal, so if someone is coming you may not be able to get through. 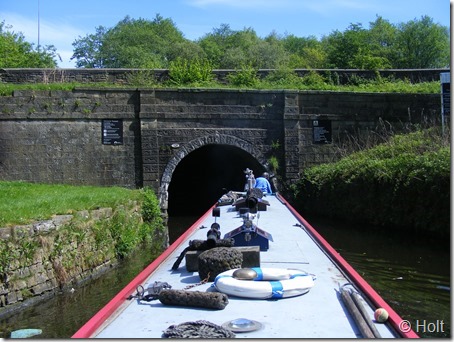 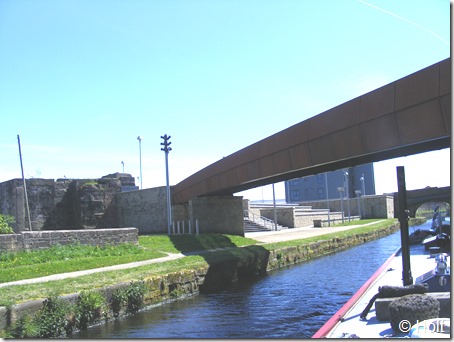 clad with rusty steel on one side, the other side is glass, just beyond the bridge is a terraced area, not sure what its for or how well used it is. 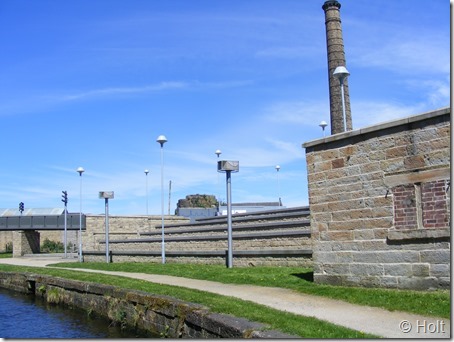 About another quarter of a mile is an old wharf with a pub on it called The Inn on the Wharf, this has been closed for about a year 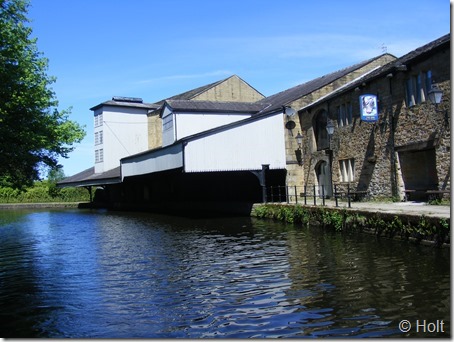 now which is a shame as there are some good moorings right outside it, beyond the now closed pub immediately before the bridge is an old canal toll house, this now houses a museum and visitors centre for the weavers triangle. 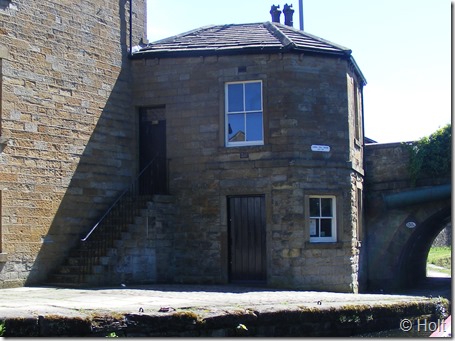 We then passed a San who's nest was on the opposite bank trying to kill the chicks of a Canada Goose, but as soon as it had one in its beak the gander flew for it making it drop it again, It managed to 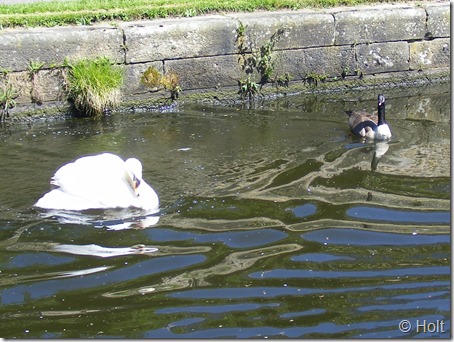 get hold of both of them as we passed and I thought it had drowned one but it surfaced again half way across the canal, I didn't realise that day old goslings could swim so well or far underwater. 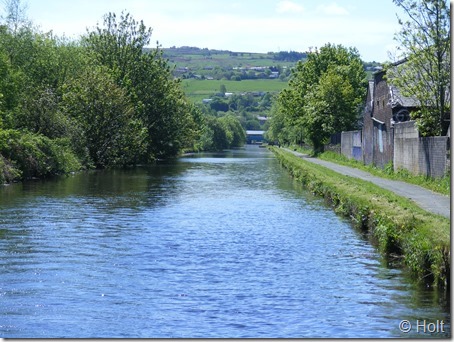 group of CRT volunteers picking up rubbish along the towpath, we passed several full bags before we reached their van where a lady was waiting for them to come back with refreshments. 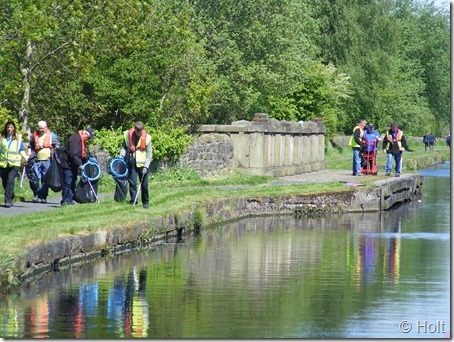 Just passed Reedley Marina we met a trip boat, it was only the second of the day, the other being the wide beam going for water. Or target for the night was the bottom of the Barrowford Flight and we reached here at 2-30 pm, dead on 4 hours travelling. The village of Barrowford is about 10 minutes from the locks an has the last reaming road toll house on the Marsden to Long Preston Turnpike road. 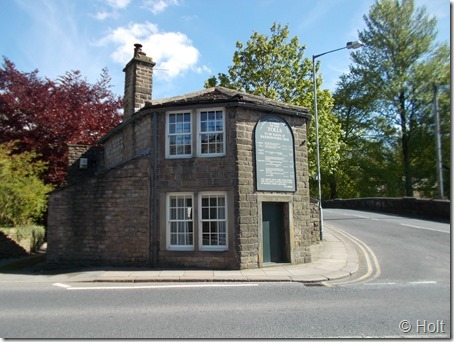 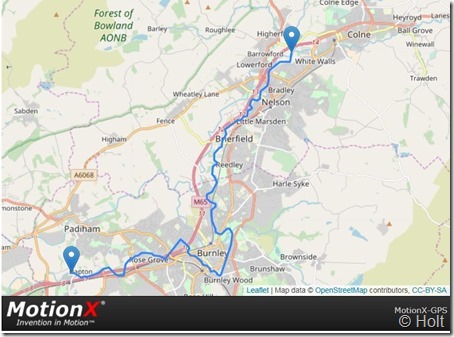