Really quiet mooring last nigh, had to dodge the bikes to cook the BBQ but that's all. This morning we were away at half ten and there wasn't a breath of wind to start with. We passed a swing bridge that is almost permanently locked open, a farmer just uses it for access, buy CRT have installed three mooring bollards each side for boaters to use if by any chance they are there on the odd occasion that it is closed. I have never seen bollards like this before as they have the CRT logo on them, I wonder when they will replace them with the new logo. 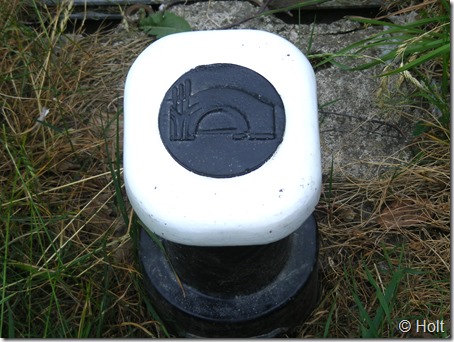 A little further is another classic, a pile of puddle clay stopping a leak with a typed notice saying "Clay Obstruction please avoid", whey they didn't just stuff one of those road works arrows on it so you could see it I don't know. 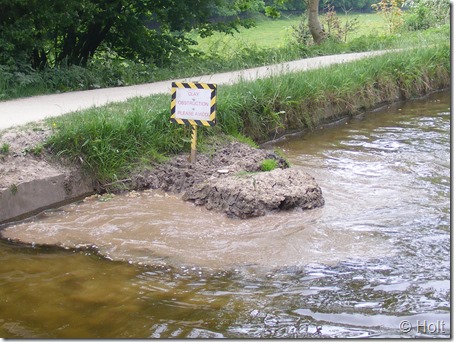 We met this guy zooming down the down path on a battery powered Uniwheel, I have seen them around before but not travelling at this speed. 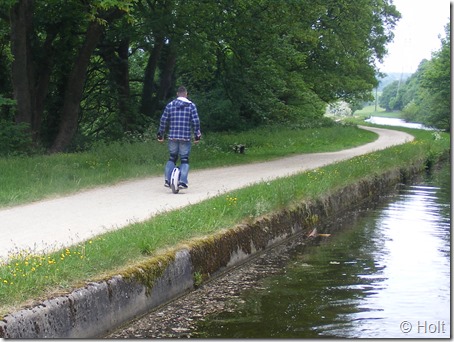 I don't ever remember seeing a sign on the tow path before saying that it is not a public right of way, people assume it is and that they have a right to be there. 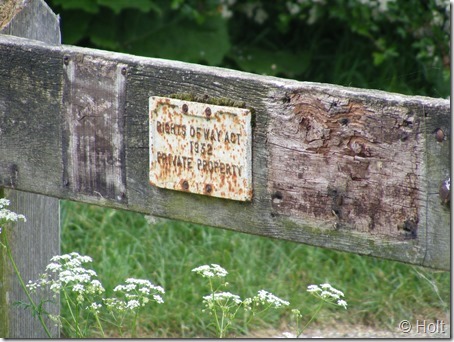 Yesterday I posted about the unused ground paddles at the bottom end of the lock and thought it may have been a mistake, I was wrong as the bottom chamber of the next two staircase locks both have them with parts of the paddle gear still in situ.

When ever I pass a canal side memorial it makes me not only a bit sad but also to wonder why its there, is that where they died, was it an accident or did they just want to be remembered near a canal they loved which is often a seat is set by a canal. There is no clue with this one only the chap first name. Ricky 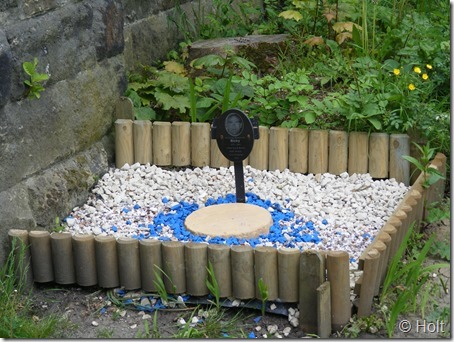 Only the second staircase locks had a Volockies on duty which eased us on our way and we actually met 6 boats on the move today, probably the most we have seen in a day since we were at Parbold on Bank Holiday Monday. It wasn't long before we were coming into Shipley with its overhanging warehouses. By now it 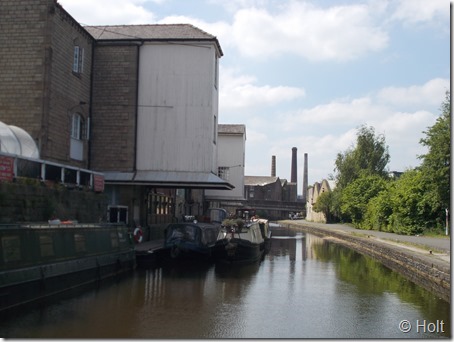 was quite warm, we had considered mooring where we did on the way down but we had been recommended a pub at the other end of town so settled for a vacant spot just about in the centre. In the end we didn't fancy the pub, I am not into burgers for eating out so we will be eating onboard tonight as I expect we will be out tomorrow night with friends. 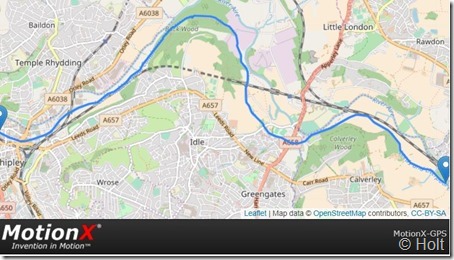