Yesterdays Blog was so long and full that I actually forgot to mention our other moment of excitement. Coming out of Liverpool we saw smoke rising from the towpath, someone obviously thought it would be fun to set the foliage along the towpath on fire, it wasn't a boater who had carelessly dumped their hot fire ash which happens from time to time but a good wrap of paper that had been pushed in and set alight, 2 or 3 buckets of canal water soon sorted it out. I think things are to green for it to have done much damage but unlike the countryside here the towpath backs onto industrial buildings.

I am very glad to say last nights mooring was much more peaceful and we woke with the sun streaming in through the Bullseye, It was so good that breakfast was taken on the front deck before setting off a little after 10-30. Not only have we seen a lot of boats about today, the pub moorings have been full and several boats on the move but we have also seen some large fish, a Carp must have been 15" and the pike even longer, also small fish but nothing mid range.

Maghull Hall swing bridge must be the worst one around here to operate, again a car nearly hit the falling barrier completely disregarding the red lights. When Diana closed the bridge they were crossing as soon as the barriers were up but the lights and sounder kept going meaning she couldn't get the key out. A local rescued her, it seems that the switch doesn't always make as the barriers get fully up and you just need to drop and raise them again. The cars soon stopped as the barrier dropped in front of a van on the bridge. Remember the stop red lights are still flashing.
No one stopped me to stamp my Passport as I crossed the boarder. 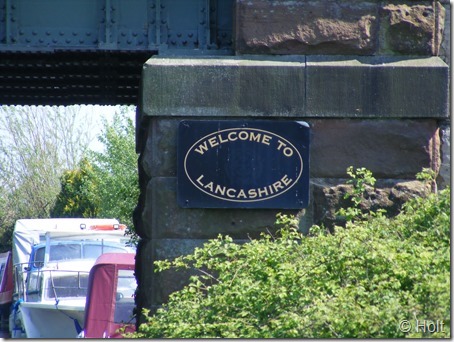 The weather was great and we carried on to moor out in the wilds a short way past Halsall. Just before we moored we met this chap in his canoe, not only did he have a dog onboard with him, he was also towing his wife and daughter in an inflatable canoe. 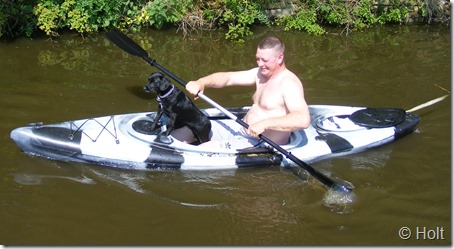 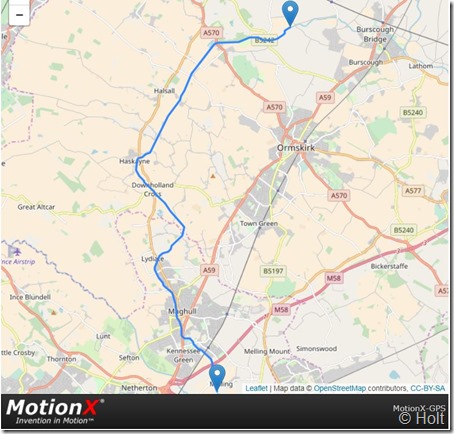